CHAPTER 3: What is Health? 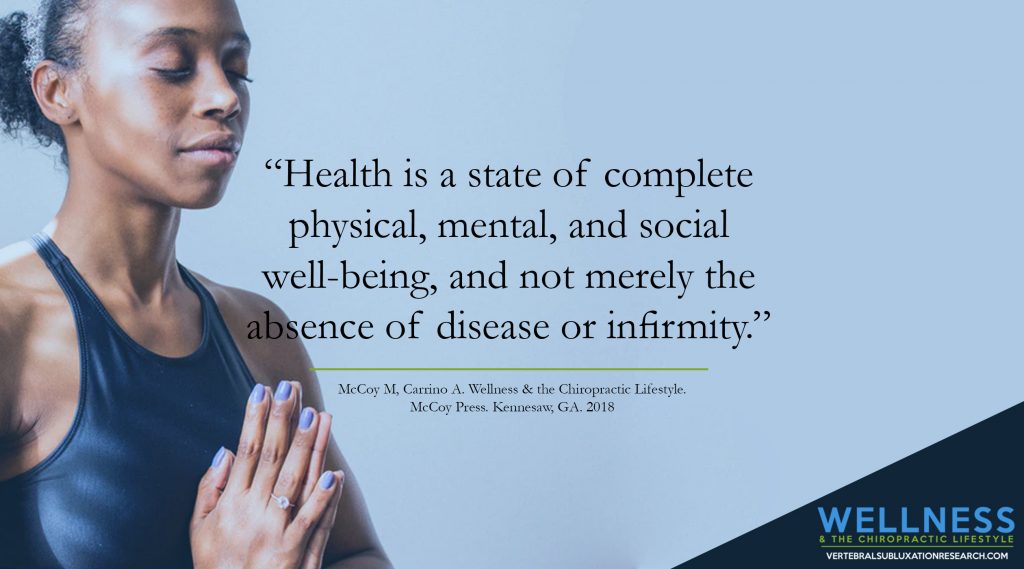 Humans have been concerned with health and disease probably since time began but the use of the word health to describe well-being is a more recent event. The word health is derived from the old English word hoelth which meant a state of being sound. Prior to Hippocrates and even continuing to this day, in some circles, health was considered a divine gift.

In 1948 the World Health Organization (WHO) defined health as:  “a state of complete physical, mental, and social well-being and not merely the absence of disease or infirmity”. This definition has become a standard part of many, if not most, chiropractors’ report of findings and lay lectures despite criticism of the definition itself.

Click one of the buttons below to return to the main book page or to purchase the book.

PURCHASE NOW
GO BACK
Back

Get updates on chiropractic research, news, and other information important to you and the chiropractic profession.

You have Successfully Subscribed!