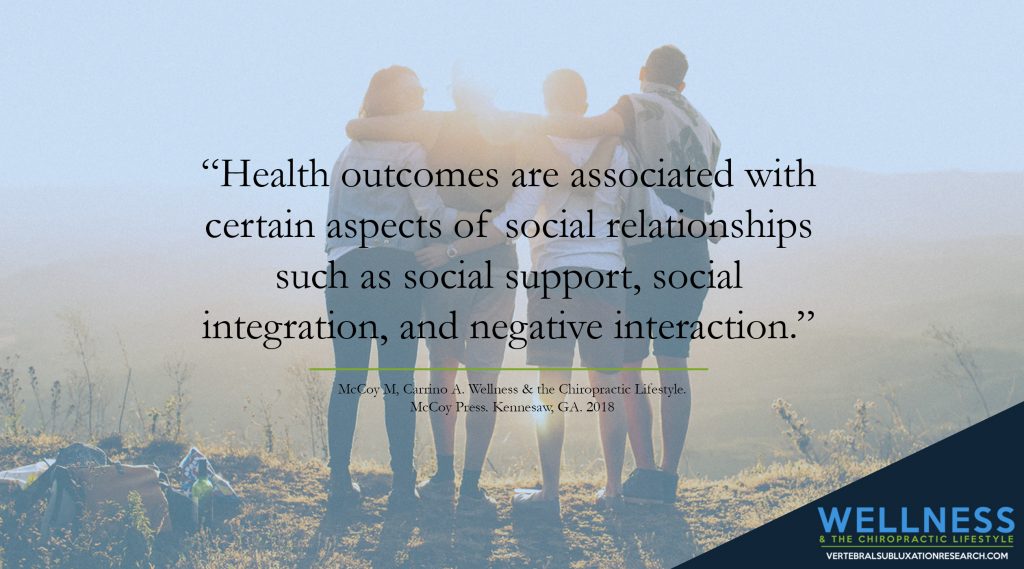 The concepts related to determinants of health and disease discussed above are further reinforced by recent studies on social networks and their impact on disease and behavior. Two examples are related to obesity and smoking. In one  study, researchers examined whether weight  gain  in one  person was  associated with  weight gain  in his  or  her  friends, siblings, spouse, and  neighbors. They  found that a person’s chances of becoming obese increased by  57% if he  or  she  had  a friend who became obese, 40% if one  sibling  became obese, and 37% if a spouse became obese.

Click one of the buttons below to return to the main book page or to purchase the book.

PURCHASE NOW
GO BACK
Back

Get updates on chiropractic research, news, and other information important to you and the chiropractic profession.

You have Successfully Subscribed!